Summer is over, but it’s still #TambrinSzn 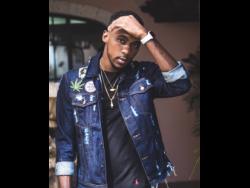 Dancehall artiste Khxos is fresh on the scene, but he was quick to learn that social media is a perfect tool to promote his music. When his latest single, Tambrin, wasn’t picking up as much attention as he would have liked, comedians, dancers, and other social media, savvy fans posted their videosas part of the #TambrinSzn challenge.

Khxos told The Gleaner that there are some who posted clips because they liked the song but that after presenting the challenge, there have been even more agreeable developments. “World Dawg (a comedian) did a video just because him rate the song. Then one of the videos went viral on Twitter and Instagram,” he said. Posted by Jamaican comedian Chev1don, based in Florida, the video was a relatable demonstration of someone listening to a tone-deaf shower performer. It was reposted on multiple popular blog sites.

“It helps. Really, before that video went viral, the song never did a move. I think [that’s] because I wasn’t doing anything with it, I was busy planning the music video and other things. But after that video, everything picked up. I don’t know why I didn’t do the challenge earlier,” Khxos said.

The #TambrinSzn challenge is still open for Khxos’ listeners to get creative with the song in their own special way. Happy and entertained by the enthusiasm and variety of the entrants, the artiste is considering extending the challenge for a few more weeks. Based on likes and comments, the first-placed contestant will be awarded US$250, second place will get US$100, and third place will be gifted with Khxos merchandise. “I might extend the challenge and raise the budget based on how things go,” he said.

While acknowledging the benefits of social-media marketing, Khxos hasn’t completely forgotten the benefits of traditional media. “A lot less people listen to the radio now. They just hook up to YouTube. And on the radio, the songs are mixed, and people aren’t hearing them long enough, or they’re hearing a sped-up version or a remix. But still, not many people in Jamaica use the Internet when they’re driving, so radio is a boost right there,” he said.

“All promotion helps, but this is the new wave of things right now. Comedians and dancers have their own thing on the Internet. But if they put a song in their videos, it’s either a song from their playlist or a song they got to promote.”

Before the social-media craze fades, Khxos will shoot the visuals for Tambrin in California this weekend. He hopes that the final product will be ready in the next few weeks.

Khxos has plans for a string of releases. Coming up will be a single called Give It All, produced by Silly Walks (the production team behind Chronixx’s Smile Jamaica), along with No Disturb Sign – a collaboration with his long-time producer, Sean Alaric. He also has upcoming releases with rising dancehall act Kacique and Rude Jerms.