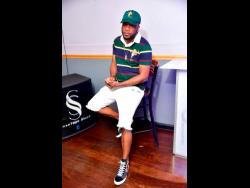 While some entertainers who migrate opt to explore other genres or neglect their Jamaican roots, selector Dwayne ‘DJ Lava’ Beswick, who moved to the United States more than two decades ago, has made it his duty to promote dancehall music.

“Mi born inna reggae music, and while mi love other genres, dancehall is my favourite,” he told The Gleaner.

Forming his base in New York, the selector partnered with Markus Wanted of Platinum Kids in February to bring street-dance culture to Mount Vernon through a weekly event dubbed Fresh Mondays.

“We are bringing that culture to New York so people can hold a vibes, floss, and enjoy themselves, and it is the hottest thing in New York right now,” he said. “Me and Markus both know artistes, so on certain nights, once dem deh bout, dem will come through. We had Yanique ‘Curvy’ Diva and Dexta Daps recently.”

Also known for promoting Jamaican music on his radio programme on New York’s Linkage Radio, Beswick said that he is looking forward to returning to radio after a hectic summer saw him away from the studio and touring from state to state through his Lava sound system.

“People love it and tune in all over, so I want to go back on the radio during the week and have the weekends to do shows,” he said. “Mi try mi best fi look out fi who mi can look fi inna dancehall and keep the music going worldwide. A lot of artistes always link me to preview songs for them, like Stylo G. I was the first person to preview Dumpling and get a dubplate. I did the same with Active by Squash, Dovey Magnum’s Bawl Out, HoodCelebrityy’s Walking Trophy, She Nah Leggo by Lanz, and the list goes on. A lot of artistes respect my opinion.”

This inspired Beswick to establish his own label, Burn Dem Records, this year, which houses Internet personality-cum-artiste Mackerel. Beswick, who also manages Mackerel, said that their business arrangement was initially far from music but that he recognised her potential to transition into the field and has since called on the assistance of Kalado and Shane O to pen tracks for the young act.

“Since I’ve been working with her and releasing music with her, a lot of people have been messaging me to manage them,” he said. “I definitely want to manage more people, but me nah go just jump up and dweet so, me haffi feel dem out first. me nuh waan yuh come tell me seh yaa bad artiste, mek mi come see it myself.”

While he juggles the sound system owner, producer, manager, and DJ caps, he is interested in pursuing fashion designing, which he said may actualise by next year.

“Everything is connected to music, so it’s not hard to switch roles or do it all. I know how to separate my bookings from my work with the label, Mackerel, and everything else,” he said. “Though I am not in Jamaica, I maintain my local presence through social media. I keep updated with everything, and if I need to reach anybody, vice versa, I use that as a tool.”